Norwich sacked manager Daniel Farke on Saturday, hours after they beat Brentford to register their f

Norwich sacked manager Daniel Farke on Saturday, hours after they beat Brentford to register their first Premier League win of the season.

The 45-year-old German had been under increasing pressure after the Canaries failed to win any of their opening 10 games on their return to the Premier League.

“In continuing to demand the very best for our football club, this decision was not an easy one,” sporting director Stuart Webber said in a statement.

“I know how determined Daniel and his staff were to succeed at this level, but we feel that now is the right time for a change to give ourselves the best opportunity of retaining our Premier League status.”

He added: “It’s important that we now look forward. We have 27 league games remaining and a long way to go in the current season. We know we have the ability within our playing squad and staff to start picking up points and climbing the league table.”

Despite Saturday’s 2-1 win, courtesy of goals from Mathias Normann and Teemu Pukki, the Canaries remain bottom of the English top flight with five points from 11 games.

Farke, who joined the club in 2017, won promotion for Norwich two years later, only for the club to go straight back down to the second-tier Championship.

But he guided Norwich to an immediate top-flight return, again as champions, and was rewarded with a new four-year contract in July.

Farke gave no indication of his fate when speaking after Saturday’s win, hailing “a great day” and saying: “There is spirit and belief in this dressing room and everyone was committed to getting the first three points for the club.”

Farke is the fourth managerial casualty in the Premier League this season, following the departures of Xisco Munoz from Watford, Steve Bruce from Newcastle and Nuno Espirito Santo from Tottenham. 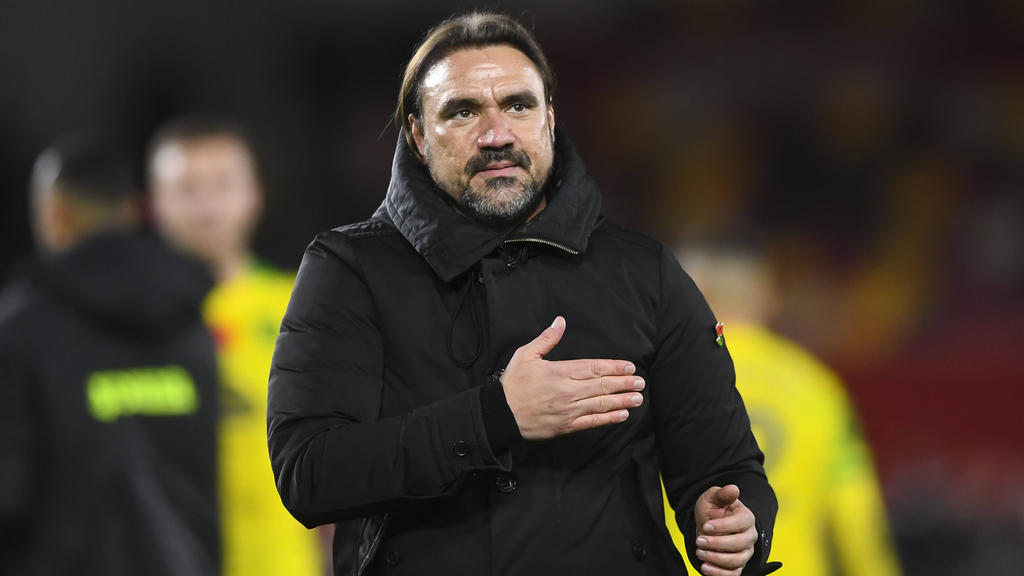