Facing up to a first season in 25 years without European football, Arsenal were expected to feel the

Facing up to a first season in 25 years without European football, Arsenal were expected to feel the economic crunch caused by the coronavirus pandemic but have spent more money on new players that any other Premier League club in the transfer window to date.

The arrival of Norwegian midfielder Martin Odegaard from Real Madrid and imminent signing of Aaron Ramsdale as competition for the role as number one goalkeeper has taken the Gunners outlay to a reported £130 million ($178 million).

In both Arteta’s first two seasons in charge, Arsenal have finished eighth in the Premier League, their worst performances since 1995.

A club that between 1998 and 2016 enjoyed 19 consecutive campaigns in the Champions League under Arsene Wenger has now been deprived of the prestige and riches of Europe’s top club competition for five years.

Their start to the new season has done little to offer hope that run will be ended come May as they opened the Premier League campaign with a 2-0 defeat to newly-promoted Brentford.

Arteta bemoaned the fact that match was not postponed on Friday after four positive coronavirus cases robbed him of strikers Pierre-Emerick Aubameyang and Alexandre Lacazette.

But the Spaniard needs a quick response ahead of Sunday’s visit of European champions Chelsea and a trip to Manchester City next weekend if his side are to avoid going into the September international break without a point.

“I love challenges and we have a challenge,” said Arteta. “Let’s just embrace it and do the best that we can every single day to try to create the best possible atmosphere around this place.”

The atmosphere inside the Emirates for a first full house in 17 months on Sunday will reveal a lot about whether a summer spending spree has eased the angst among fans.

Arsenal supporters protested furiously against the club’s American billionaire owner Stan Kroenke towards the end of last season after his involvement in the failed European Super League project.

Like Manchester United’s US-based owners, the Glazer family, Kroenke has loosened the purse strings in the transfer window after complaints over his investment in the club.

As United fans returned en masse to Old Trafford for a 5-1 win over Leeds last weekend there was barely any trace of the protests that saw a behind closed doors match against Liverpool in May postponed as angry fans stormed the pitch.

However, while United’s signings of French World Cup winner Raphael Varane and England international winger Jadon Sancho could make them title contenders, the response to Arsenal’s arrivals has not been so positive.

Ben White, a £50 million signing from Brighton, was bullied by Brentford’s physical forwards on the opening night.

Nuno Tavares and Albert Sambi Lokonga will add depth to Arteta’s squad, but are not the calibre of names expected to launch Arsenal back into the top four.

A teenage sensation when he joined Madrid at 16, Odegaard has since been farmed on a series of loan moves, while Ramsdale has suffered back-to-back relegations at Bournemouth and Sheffield United.

Arteta hit back at that criticism, pointing to a long-term project with all five signings aged between 21 and 23.

“I know people have the intention to bury us, to criticise us. I am not interested in that, we have a lot of positives, a lot of energy and my focus is on that and to find a way to beat Chelsea,” he added.

“It is a big turnaround and we are trying to do it in the right way so this club is stable. It is a clear indicator the business that we are doing. The ages are between 21 and 23 years old and it tells you the project that we are building.”

The question remains how long Arteta will be given to manage that project if there is no sign of progress in the coming weeks. 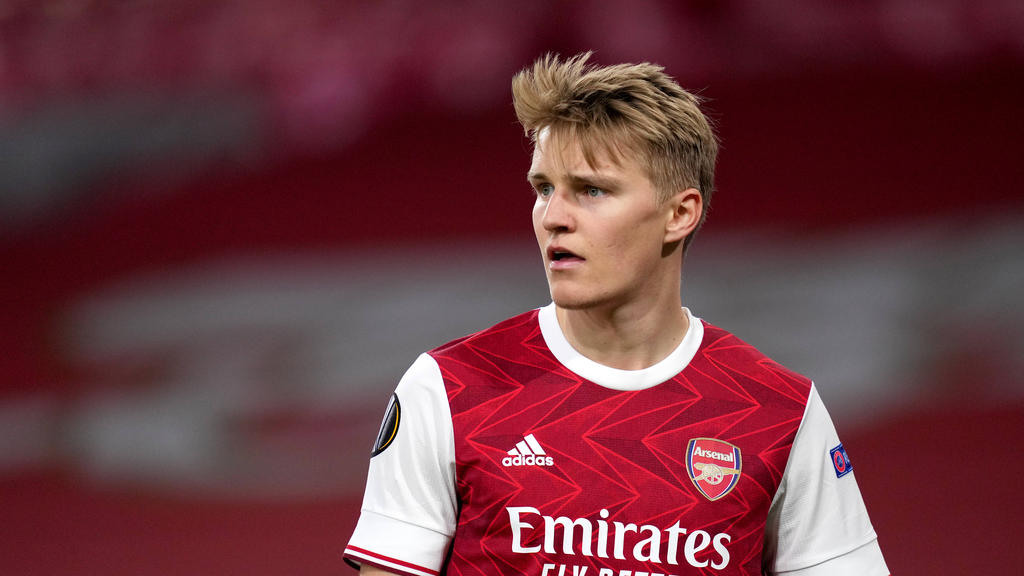 Champions League can ‘change your life’