Aston Villa squandered multiple chances as they were held to a frustrating 0-0 draw by battling Burnley on Thursday.

The hosts dominated without being at their best but were thwarted by the Clarets, who climbed out of the Premier League relegation zone.

Anwar El Ghazi and Kortney Hause hit the woodwork while Matt Lowton cleared a deflected strike from Ahmed Elmohamady off the line.

Burnley’s threat was limited — Chris Wood had their best chance saved — but Sean Dyche’s side are now unbeaten in three games after a tricky run against Everton, Arsenal and Villa.

Burnley rode their luck as Villa missed the chance to make serious ground on the Premier League’s pacesetters.

They remain 11th, four points adrift of fifth after failing to score — despite having 27 shots. But they have two games in hand on most of the teams above them.

Burnley’s inability to retain possession aided the hosts but the Clarets suddenly sparked in to life after 19 minutes.

Dwight McNeil’s driving run opened up space and he found Jay Rodriguez to cut back to Ashley Westwood for the former Villa midfielder to curl just wide.

Villa responded and only Charlie Taylor’s excellent last-ditch challenge thwarted Traore at the far post before Emi Martinez’s flying save clawed Wood’s header out at the other end.

Pope frustrated Villa further nine minutes before the break when he turned El Ghazi’s free-kick onto the bar.

Despite their pressure, the hosts could not find the breakthrough.

El Ghazi curled wide after Robbie Brady’s loose pass 11 minutes after the break as the hosts looked for the breakthrough that never came and the winger also saw a shot deflected over.

Jack Grealish drove over with a minute left but Villa were forced to settle for a point. 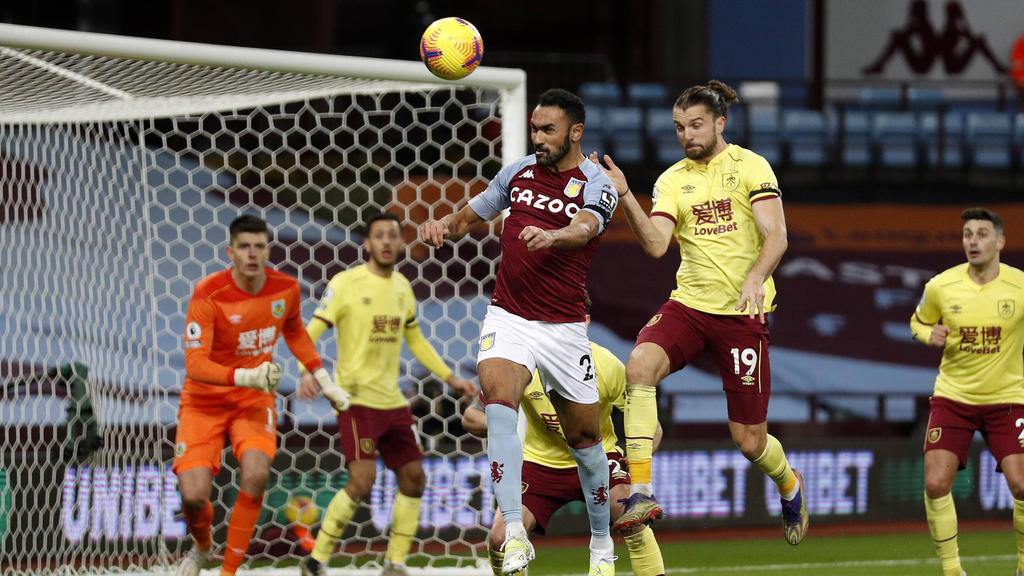