Jurgen Klopp said there are no easy answers as to why Liverpool have failed to score in three consecutive league games for the first time in 16 years after a 0-0 draw at home to Manchester United on Sunday.

The English champions needed some late heroics from goalkeeper Alisson Becker to preserve their unbeaten Premier League run at Anfield to 68 games as the Brazilian denied Bruno Fernandes and Paul Pogba.

Klopp’s men have now failed to win their last four league games to slip to third in the table, three points behind United.

And the Reds could end the weekend fourth should Manchester City beat Crystal Palace later on Sunday.

“There is no easy explanation. We always missed chances, even in the games we won, we just had another one which we used,” said Klopp.

“We had to be good to get a point. I think we were good enough to get three points but we didn’t score.

“These moments happen in football. There are moments where you can’t explain why you score from all angles, like we did against Crystal Palace (in a 7-0 win).

Liverpool dominated possession in the first-half before United grew into the game after the break, but rarely troubled David de Gea.

However, there was some positive news for Klopp as a makeshift defence with midfielders Jordan Henderson and Fabinho paired together at centre-back held out for a clean sheet.

“I thought we did enough to win the game, especially first-half. We had a lot of the ball, we created chances but just couldn’t find the back of the net,” said Henderson.

“The performance levels haven’t been up to our standards in the past few weeks. We have got to keep going, work hard and improving. We will not stop now.” 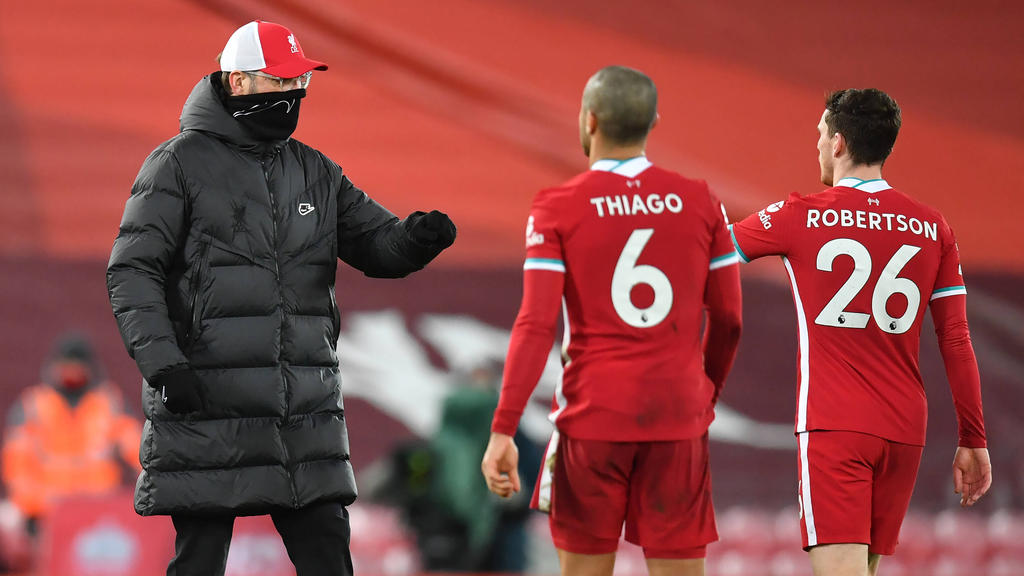